IT Literacy in Odisha

We work for the Cultural Growth of the Society

Council of Cultural Growth & Cultural Relations (CCGR), The Universe, is a Symbol, a Voyage, a Movement to put Katak, nay Odisha in international Map for cultural growth and cultural relations of our people to the international arena and also to acquaint our people with great traditions of the other people of the world.

The organization came to existence in 1973 and it has been playing a pioneering role in NGO movement of the state.

The campus is a rendezvous of intellectuals, philosophers, artistes, scientists, social activists and many more cross-section people of our society.

And we are still striving for excellence.

We have the privilege of organizing many national and international seminars to our credit. Many dignitaries and intellectuals have attended and contributed papers during the course of different seminars. Just to name a few, Prof A.L. Basham, Prof. Hermann Kul...

Council of Cultural Growth & Cultural Relations (CCGR), The Universe, has in the past to catered to different areas of activities by active cooperation and help by Government of Odisha, Government of India and other agencies. Some of the activities which... 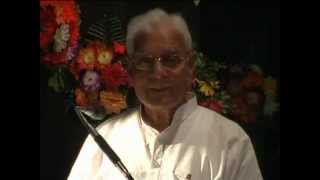 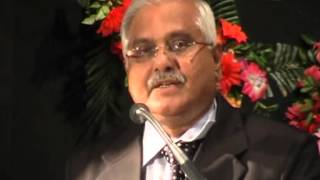 India’s 75th Independence Day is a milestone in the sense that it sounds like a magical number.  India’s independence was a long saga of struggle, resolve and patience. During the gruelling time of struggle for freedom, our country produced some outstanding leaders, revolutionaries, philosophers, educationists, poets, novelists and scientists, who are still considered as the icons of our society. Their contributions to the society were the guiding lights to rebuild the country amidst so many challenges post partition.

The euphoria which was instilled among the youth of our society just after the independence, gradually lost its lustre because of  divisive politics, nepotism, lack of focus and religious parochialism. On the brighter side, the country relatively did well in the field of science and technology. It also produced world-class doctors, engineers and educationists. India rose from the brink of an economic, social and religious cataclysm to a phase of sustainable development during the last 75 years. But the holistic growth of the country is still a distant dream. The availability of basic amenities to the people at large has not been met both in terms of quality and quantity.

In the midst of the pandemic, while celebrating the 75th Independence Day, we have to introspect a lot to root out the flaws from our society. Each and every individual in their personal capacity should try to inculcate the patriotic fervour and be a game-changer, be it in a miniscule or gigantic form. To stress upon some core issues like health, education, livelihoods and social security, we have to take a pledge to address them in a more pragmatic manner. The four pillars of democracy, the Legislature, Executive, Judiciary and the Media are the entities to implement and safeguard the democratic principles as per the tenets of our Constitution. The intelligentsia is also considered as the cornerstone of society.  They can play a catalytic role to make our country a  prosperous one and certainly, lead to a paradigm shift of our society. Although it looks utopian, but a collective wisdom can do wonders for even after the horrors of the atomic holocaust, Japan rose like a phoenix and the rest is history.

There must be a sense of nostalgia creeping into the minds of the freedom fighters alive today to see India complete 75 years of freedom. They were in the prime of their youth when India got its freedom. They might be having mixed feelings after observing many anomalies in India. We need to interact with them to get some vital inputs about their dreams and aspirations for a vibrant India. India’s recent glory in the Olympic tournament held in Tokyo is a matter of great pride. But we need to keep the momentum going in all domains of achievements which will also reflect as our national pride. There are some monumental challenges that need qualitative attention apart from existing challenges. One of the most important challenges is climate change. We have to start addressing it as soon as possible since its catastrophic effects have already been felt in different forms. The roadmap towards net-zero carbon emissions by 2050 has to be drawn in a more emphatic manner. Relatively new buzzwords like renewable energy and artificial intelligence will permeate India as well as the rest of the world in the next 25 years.


Let us be optimistic about India’s progress and hope that the juggernaut of the developmental work reaches the bottom of the pyramid. May the hoisting, unfurling and fluttering of the tricolour have some metaphorical connotations. It will hoist a billion hopes, unfurl a vibrant India and flutter the hearts of the patriots to rebuild the nation. Happy Independence Day.

Do not show again